The social data for the Eurovision Song Contest, see the best social posts, the most influential accounts and all the most interesting numbers of #ESC2021

Italy won The Eurovision Song Contest after 31 years thank to Maneskin the new music phenomenon. #Esc2021 is the most important event in Europe for music, this is the 65th edition and  the Contestrepresents, especially in recent years, an opportunity for the launch of global stars.
The competition is organized into two semi-finals and a final from the 18th to  the 22th May, it takes place in Rotterdam, Netherlands.
The winner is decided through a vote in which 50% of the score is given by the juries of the participating countries and 50% by the public.
It is a test bed to measure an artist’s ability to engage an international audience and it is probably the most technological and spectacular stage in the world.

The winner must find consensus in an audience that is not only of his country, for this reason social media become fundamental to spread the music and to make himself known as an artist. You can see alliances, rivalries on social networks.
The Eurovision Song Contest is a true phenomenon not only for television but also for the digital Wolrd.

To understand the competition and the impact it has on social media, we analyzed, through the Talk Walker platform, the hashtags #ESC2021, #Eurovision. 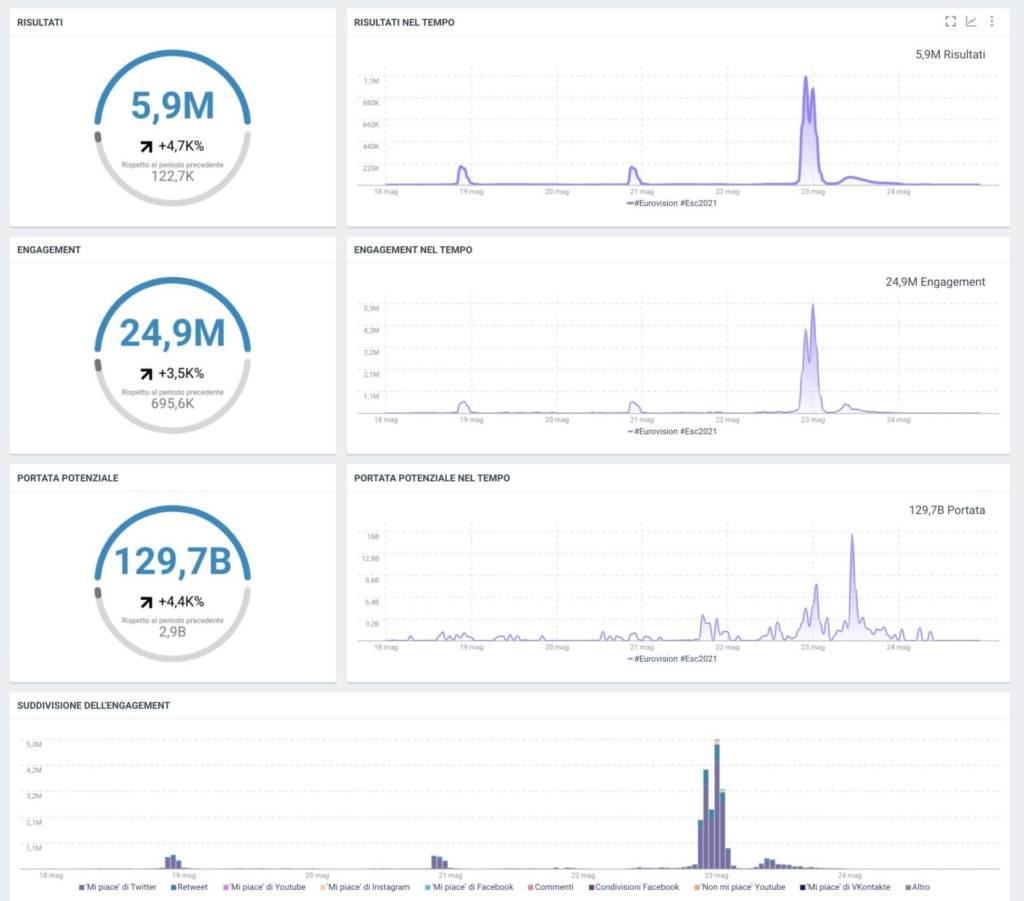 It is also interesting to analyze the list of the best influencers for #ESC2021 and #Eurovision. Below you can see the 50 most influential accounts. The list is ordered by engagement,  based on the number of interactions achieved with all the posts made til now by each account. Click to see the top 100 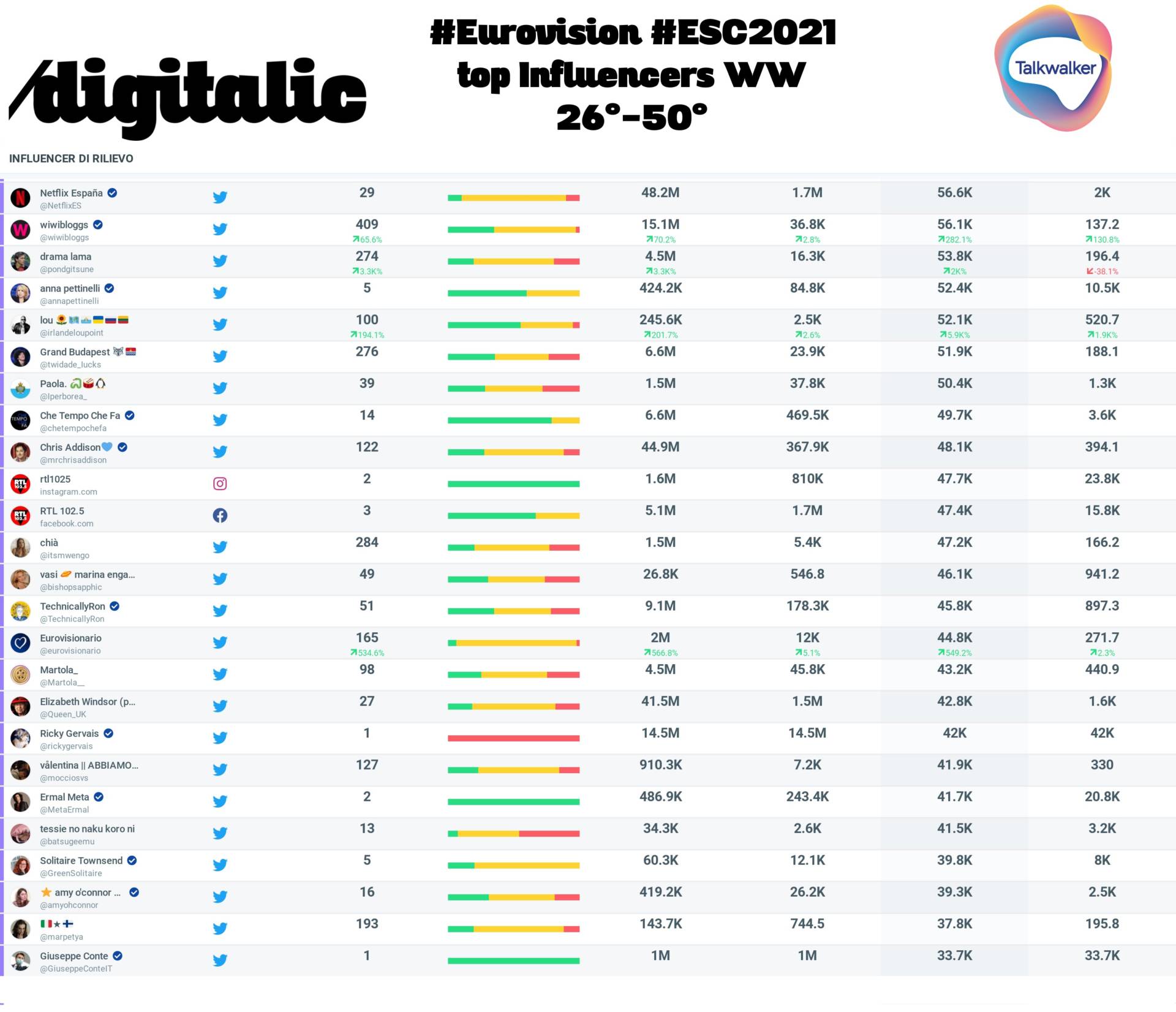 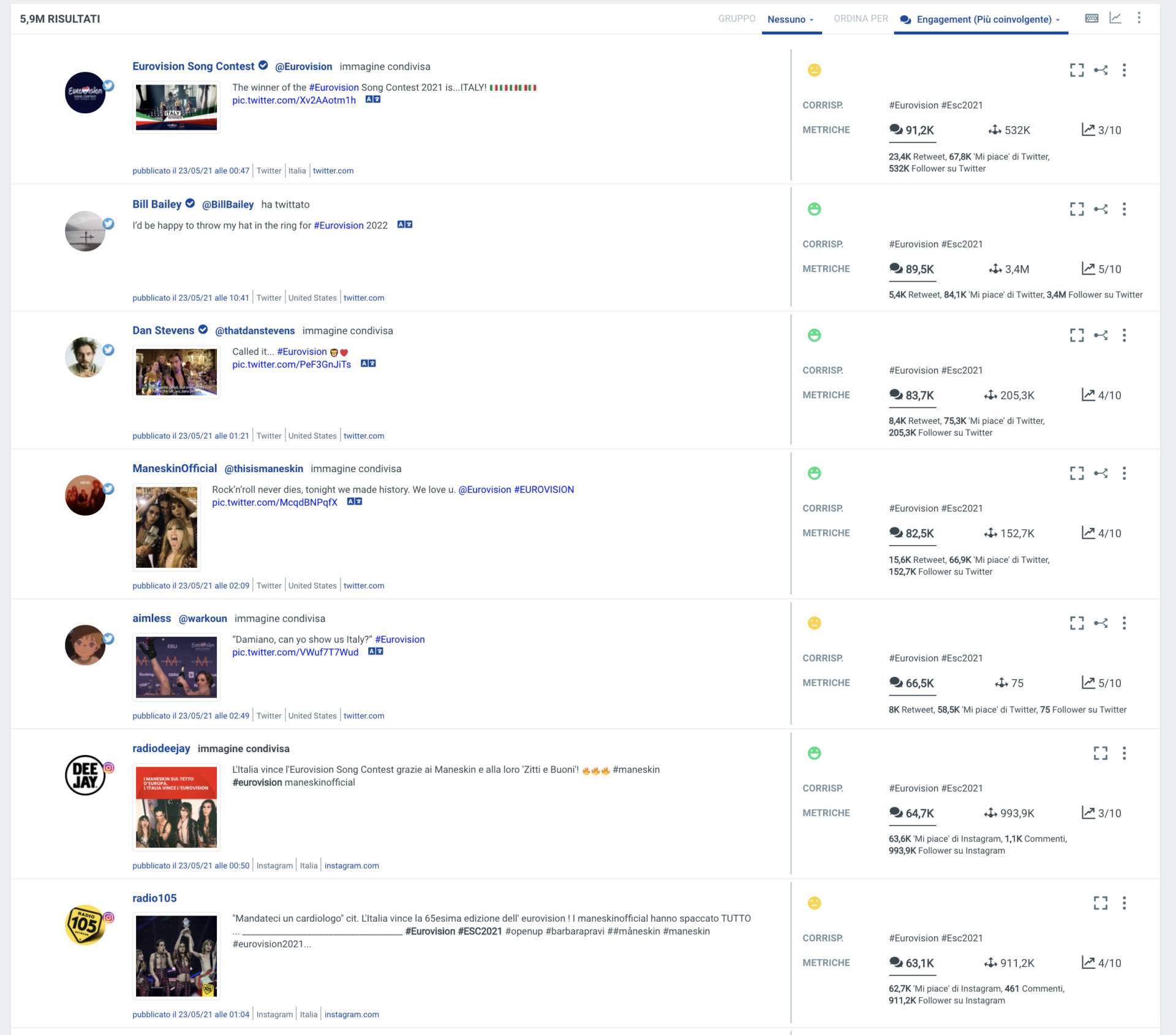 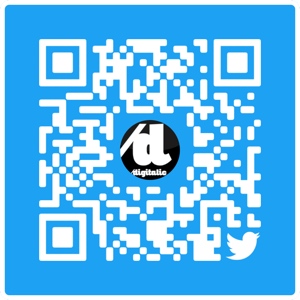